Sign up to receive email updates and to hear about our latest adventures!

FRANK B. LADENBURG, JR. was admitted to practice law in the state of Washington in 1974 after attending Gonzaga Law School and has practiced his entire career with the firm. Mr. Ladenburg limits his practice to trial work in the area of personal injury, in particular, motor vehicle accidents, wrongful death, construction site accidents, and premises liability.

He has received the following peer recognition: 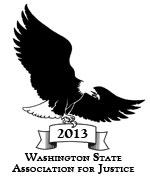 Some of Mr. Ladenburg’s cases have included the following recoveries:

MICHAEL J. McKASY has worked for the law firm of Troup, Christnacht, Ladenburg, McKasy, Durkin & Speir, Inc., P.S. since 1974, becoming a partner in 1979.

He is a graduate of the University of Minnesota and received his law degree from Seattle University. He and his wife, Peggy, have two children.

He has received the following recognition:

Some of his cases have included the following recoveries:

As a general practitioner over the years, Mike had expertise and trial experience in real estate and family law, but now concentrates his practice primarily on personal injury work. His current areas of practice include motor vehicle accidents, product liability, wrongful death, construction site accidents, medical negligence, and premises liability.

Mike enjoys working in a law firm where compassion for the client is paramount and the entire firm provides the teamwork necessary to aggressively represent clients.

Upon graduation from law school, John was selected by United States Magistrate, Smithmoore P. Meyers, to serve as his judicial law clerk for the Eastern District of the United States District Court for the State of Washington.

John is a member of the American Board of Trial Advocates. Membership in ABOTA is by invitation only. John has served on the board of the Washington State Association for Justice (formerly known as WSTLA) for over 7 years. John serves on Gonzaga University School of Law School Board of Advisors.

John and his wife Allison have five grown children.

JAMES F. CHRISTNACHT was admitted to practice law in the state of Washington in 1984 after having attended the University of Puget Sound School of Law. Mr. Christnacht has engaged in the general practice of law since his admission to the bar. He is admitted to practice before the Washington State Courts, Federal District Court and the Puyallup Tribal Court. His practice has included personal injury, probate, guardianship, wills and estate planning, bankruptcy, misdemeanor criminal defense, domestic relations, real estate, and business law.

Mr. Christnacht also acts as guardian for many disabled American veterans both individually and as the director of Comprehensive Guardianship Services, Inc., a nonprofit corporation. He has acted a guardian individually since 1986.

He has also been chairman of the Board of Advisors for the Clover Park Technical College Legal Secretary program.

He and his wife, Debbie, have been married 18 years and have three children.